The new board game by Vital Lacerda and Julián Pombo can be supported on Kickstarter from September 3rd to 18th. Mercado de Lisboa should be more accessible than previous Vital Lacerda games such as On Mars, Kanban or The Gallerist.

The German publisher Skellig Games has already published On Mars and other Vital Lacerda titles in German. With Mercado de Lisboa, Skellig Games is adding another Lacerda game to its portfolio. The German version will already be purchased as part of the Kickstarter campaign.

Mercado de Lisboa is a placement game that is based on the urban planning system of the Lisboa, which was released in 2017. One to four players have the opportunity to open market stalls or restaurants to attract customers. This is how the players combine their actions in the course of the game. The person with the most money wins the game. 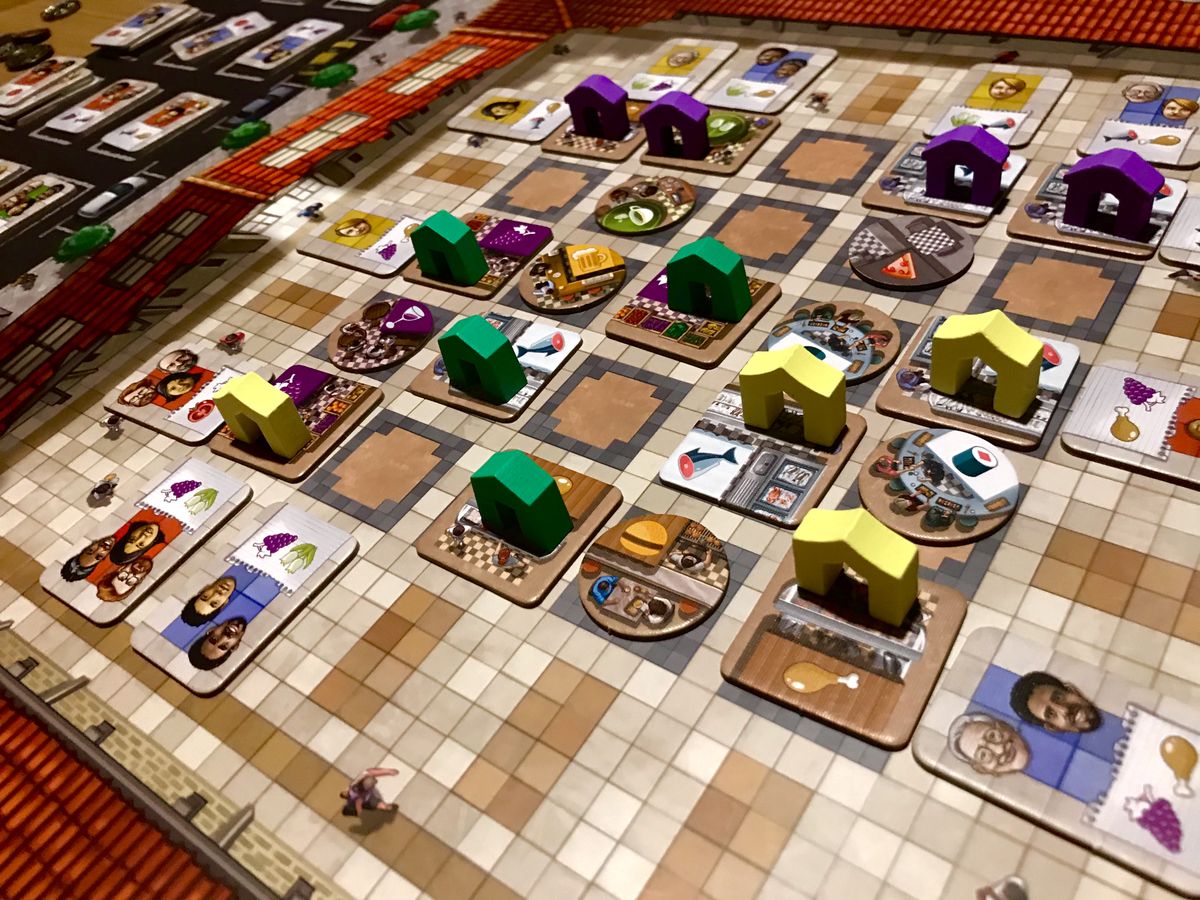 The Portuguese game author Vital Lacerda is known for his complex interlocking expert games, like most recently On Mars. Mercado de Lisboa should not only be aimed at frequent gamers. Instead, the much more accessible game is aimed at everyone aged 14 and over, should be learned within five minutes and a game lasts between 30 and 45 minutes.

Are you interested? Then you can support the Kickstarter campaign from Eagle Gryphon Games for Mercado de Lisboa from September 3rd. Anyone who would like to take a look at the first draft of the German instructions can do so on the page of Skellig Games.