Class Cannon Unplugged was founded in 2019 by Jakub Wiśniewski, designer of This War of Mine, and Paweł Obara. The aim of the Polish publisher is to implement further board game implementations of video games. The first project is Frostpunk.

The Kickstarter campaign is slated to go online on October 6th. For Frostpunk, the publisher works with designer Adam Kwapinski. Kwapinski has drawn attention to himself in the past few years with Lords of Hellas and especially Nemesis. 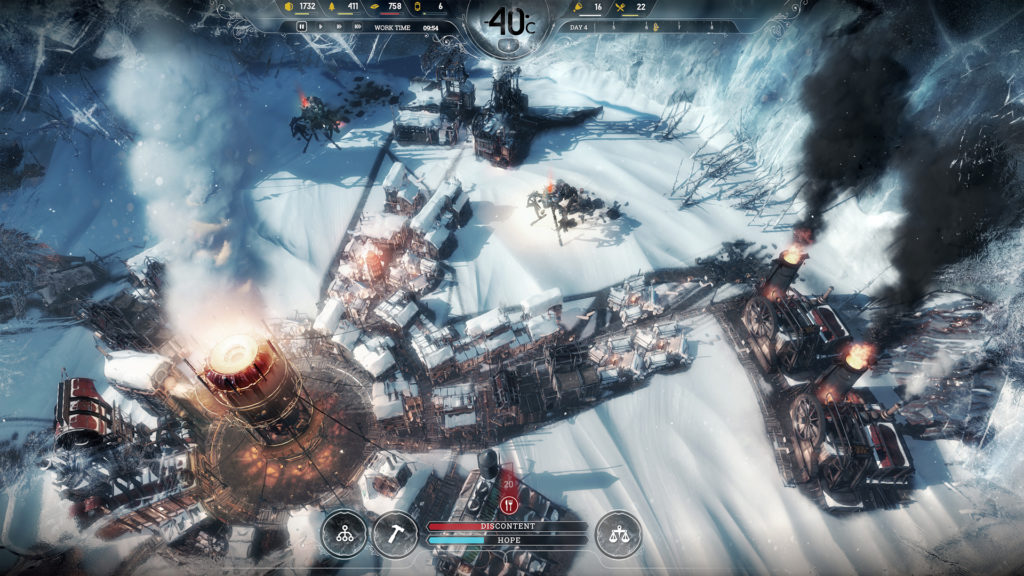 In Frostpunk, a new Ice Age wiped out a large part of the population in the 19th century. A small group of survivors begins to build a settlement around a huge generator. In addition to the real-time strategy component, the players have to survive at minus 40 degrees.

The cold and the constant lack of resources bare the morale of the survivors. The computer game was praised for the gloomy atmosphere. In the board game, one to four players take on the role of leaders of the settlement. It is their job to build up the settlement despite the adverse circumstances and try to survive.

Can you get your settlement through the cold? Copyright: Glass Cannon Unplugged

The publisher of Frosted Games announced on Twitter that it was already offering a German localization as part of the Kickstarter campaign. On the Website from Frosted Games you can get a little overview of the board game implementation. You can also get on Kickstarter Register to receive an email about the start of the campaign. There is an insight into the gameplay in an English-language video Youtube. A video was uploaded there in which the designers presented a game online.