The Spieleschmiede is a German crowdfunding platform from the game offensive, in which German localization of board games in particular can be supported. The Spieleschmiede has financed almost 300 projects to date and raised almost 4,5 million euros in support. Currently, game fans can use the game forge support five projects:

After the basic game Rurik: Kampf um Kiev was financed after the kick starter campaign in the game forge. Last year the project was realized by over 200 supporters with almost 20.000 euros. The expansion Rurik: Stone & Blade is currently running on Kickstarter together with a reprint of the basic game. The publishers Giant Roc and PieceKeeper Games are now also bringing the expansion to the Spieleschmiede. 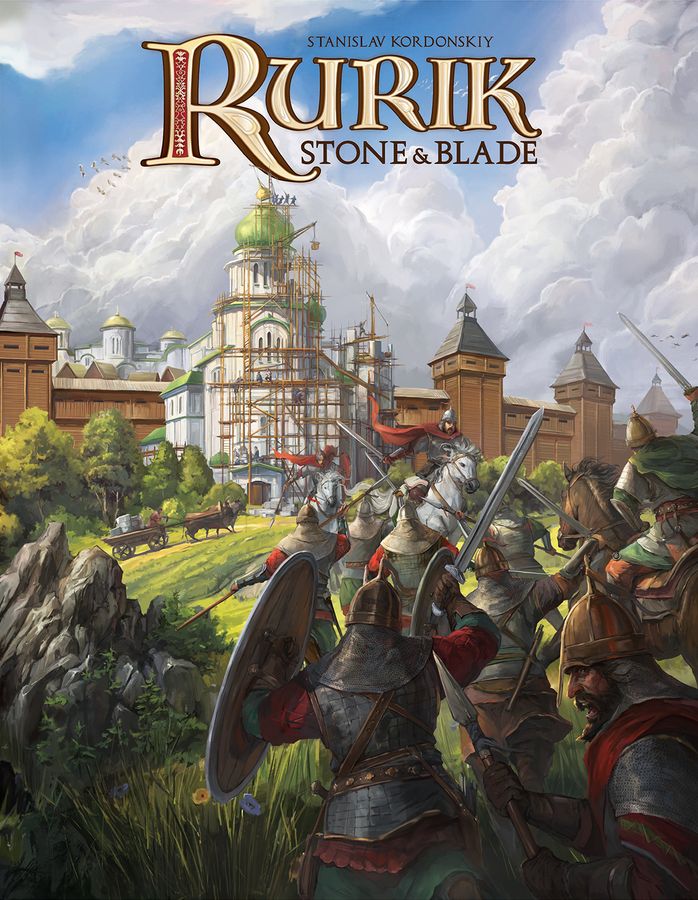 Are you facing the battle for Kiev? Image rights: Piecekeeper Games

Rurik: Kampf um Kiev is a euro game for one to four players, ages 13+. The expansion adds more asymmetry, new buildings and additional challenges to the base game. All improvement goals that are achieved in the Kickstarter campaign will also be included in the German edition. The stone and sound expansion costs 39 euros. Together with the basic game you have to pay 105 euros. You also have the option of ordering a play mat, coins, special dice and other Giant Roc games separately.

If you want to throw yourself into the battle for Kiev, you still have 24 days. The project has already exceeded the funding amount of 7.500. The extension is to be delivered in October 2021.

The campaign offers you a huge range of support options. For two euros there are print and play versions of the individual games, for five euros you get the games with PDF instructions and for eight euros with printed instructions. All three fully printed games together cost 19 euros. Currently just under 3.000 of 4.5000 euros have been contributed to the project. The campaign will run for another three days and should then be delivered in November.

The little ones could use some start-up help: Although the financing is still running for three days, the project will probably not be completed successfully. The financing level is currently 68 percent. 3.000 players have made almost 93 euros; 4.500 euros would be required. To do this, you have to plan excursions and create the on-board program. Pay attention to the wishes of the different vacationers with the route and the preparations. Whoever made the most guests happy at the end of the game wins the Dream Cruise game at the Spieleschmiede for 29 euros without and 41 euros with card sleeves. The campaign will run for another two days and has already been funded.

The financing phase of Dream Cruise shows: The cruise theme is being received. The board game has long since exceeded the targeted 5.000 euros. There are now 455 supporters who have invested a total of around 16.000 euros. The project status is financially at 320 percent. Maybe you will be the next Sapa Inka. Copyright: Board & Dice

The price for Tawantinsuyu is 39 euros. For four euros more you get enough card sleeves. You still have three days to support the project. The funding amount has already been reached and the game should be delivered in December.

Auch Despite the remaining term of three days, Tawantinsuyu has long been successfully financed. Fans have pumped more than three times the amount planned as the financing target into the project. The total is currently around 26.600 euros. The perfect moment is suitable for two to four (with extension up to six) players aged ten and over. The basic game costs 35 euros. In addition, a five to six player expansion and transparent deluxe figures are available. The project will run for another three days and has already been funded. In addition, several improvement goals have already been achieved. Delivery is planned for November 2020.

The funding phase for the game will still run for three days, but the goal has long been exceeded. Around 24.000 euros went into “The Perfect Moment”, around 300 percent of the targeted amount.